Alexius has been a longtime member of the book club and brings much joy to us, coining the phrase “This book is not MRT-friendly” and “the fried chicken theory.” His unique perspective on novels often tickles us and sheds new light. He blogs at Alexius Locker, with the subtitle “Never Think Too Literally”– or, in the case of our book club, never think too literarily.

1. The City and the Pillar (Gore Vidal)

This is the first homosexual book I read when I was about 14-15. The plot follows an idealized handsome youth, his journey around the gay circles and his life till the mid-twenties. He is not dead after that, but it got way depressing; something of which a quick and clean death would probably do some good to the ending. Although the closing is a little too abrupt and disappointing (”why the pillow got watery instead of somewhere else?”), nevertheless Jim Willard achieved his sexual endeavour from coast to coast, crossing between age groups to even different sexual orientations (Bob Ford). Gore Vidal must have a good time fantasizing when writing this novel. Nevertheless, it is still an interesting holiday read for me. [See our book club discussion on the novel.]

Yet another book that contains a protagonist with sex appeal. It says a lot that good appearance bring many willing helpers, but can it bring everlasting happiness?

In Wilde’s novel, you can’t. Dorian Gray’s infectious pathological narcissism – a gulling need to consistently maintain his reputation and appearance – ultimately led to his demise, a topic seemingly relevant to today’s camwhoring society.

The unctuous writing style, coupled with random droppings of some philosophical sounding phrases every third line just make you feel more intelligent, even if you didn’t know what were the characters talking most of the time.

3. Confessions of a Mask (Yukio Mishima)

Although the paragraphing is quite cumbersome in modern standard, Yukio Mishima never fails to deliver a good read. Whether is it the sea trilogy or other of his works, you could just expect the sea waves, medical examinations, saltiness and the four seasons. 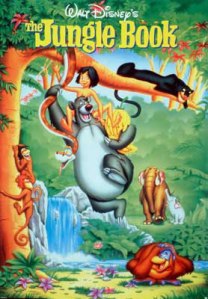 Who could not help but like Bagheera the panther and Baloo the bear? Both wild creatures acting as some sort of nanny and tutor to the wolf-boy Mowgli. When Mowgli is in danger, which in this book is more often than not, Bagheera and Baloo would risk their lives in order to whisk him away from danger.

5. Book of Han, chapter on Passions of the Cut Sleeve (Ban Gu)

The historical narrative of Emperor Ai and his lover Dong Xian in 23rd BC is too hard to miss. There is one account whereby King Ai, upon seeing that his boyfriend is still sleeping, decided to cut off part of his own long sleeve (which is stuck on Dong’s back) in order not to disturb him from bed when the King rose to meet the court. I find this an interesting read, and it is a good theme for a LGBT story.