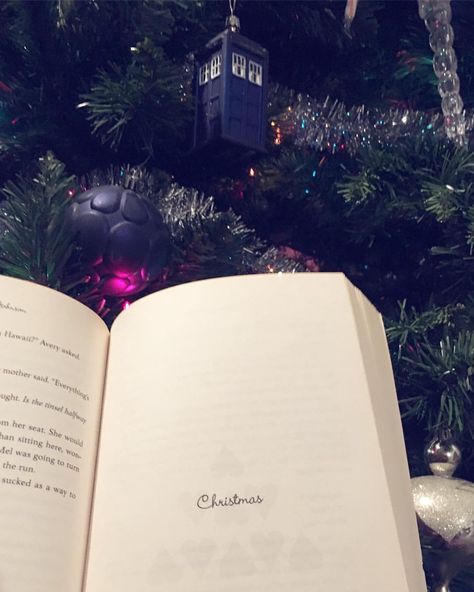 “Have you ever had a crush on, or fell in love with your best friend/s?” Asy asked, kicking off this month’s chill discussion. END_OF_DOCUMENT_TOKEN_TO_BE_REPLACED We are celebrating 10 years of QBMC this twentybiteen with a throwback to past books, movies, and a couple of exciting socials!

Thank you to dearest Raj “Ponpon” for the wonderful spread of Turkish delights! All of us were definitely delighted (heh heh) with the delicious morsels. “Come for the book club, stay for the food,” Timmy declared.

A summary of the book by moderator Vicky started the discussion, highlighting events such as the depressive episode the narrator was going through at the start of the book, the lusting of Haluk Pekerdem, and the openly queer culture of Istanbul. END_OF_DOCUMENT_TOKEN_TO_BE_REPLACED

101st Discussion: Unlimited Intimacy: Reflections on the Subculture of Barebacking by Tim Dean

Thank you to our friends from gayhealth.sg, Calvin and Daniel, for joining us and sharing their knowledge and insights for this discussion, and of course to our host Raj for the Deepavali snacks and alcohol. END_OF_DOCUMENT_TOKEN_TO_BE_REPLACED

We talked about reaching an acceptance between homonationalists and radical advocates; 377a and how it affects both gay men and lesbians; the queer culture in Singapore (if any); lesbian spaces in Singapore; racism and national identity in Singaporean Indians.

Keeping in theme with the book, we had Mexican food to munch on as we animatedly discussed about the book. END_OF_DOCUMENT_TOKEN_TO_BE_REPLACED

We had super delicious homemade deep-fried Indian food and curry puffs, packed with aromatic spices (Thanks Raj!), as we discussed about the book. The book seems to present (mostly) cis-women’s perspectives on queer fat studies, very different from Peter Hennen’s Faeries, Bears, and Leathermen, which we did last year. We spoke about the cultural discourses around fat studies such as the terminology (fat VS obesity) but perhaps the authors could deal with topics of denial of ill health and obesity. We also discussed the paradox of fat pride yet wanting to lose weight: there is no win for fat people. If you lose weight, you hate your fat self but if you remain the same weight, you don’t love yourself.

This complication about fat manifests in many other ways such as the “Forgotten Women” chapter in which the author points out the contradiction that fat women are sexually voracious but also seen as sexually undesirable.

Perhaps it is also because that fat studies is so complicated that different authors assume different things about the gender of fat without substantiating their assumptions. Some claim that fat is feminine, and some say it is masculine. Furthermore, there is an easy assumption that because fat bodies do not belong in a heteronormative narrative, fat is seen as queer. Surely fat and queer overlap in some ways but some rigorous scholarship is required here, instead of blanketing them together by the editors. The third assumption that went unchallenged in the book is that fat is subversive; sure, maybe it is but nobody ever says, “I want to be subversive, so I got fat.” Some editorial explanation may be required here to deal with the three assumptions.

Besides some editorial explanations, we were also disappointed by the article on fat and internet. There is much potential to discuss the “disappearance” of a fat body in cyberspace yet much of the article pontificates on how the internet can help with the movement.

We talked a lot about the portrayal of fat people in media, especially in comedy, relating it to Jack Black, Seth Rogen, Queen Latifa, Modern Family (specifically Cam and Jay), Amy Schumer, Margaret Cho, Melissa McCarthy, Rebel Wilson, Kevin James, and Louis C.K. While comedy embraces fat people, comedians are merely falling into stereotypes and not challenging any social structures. Perhaps other than This is Us, there are few body-positive depictions of fat people. Timmy brought up an excellent counter-example to the American shows, Under One Roof, a local sitcom where there are many fat people in the show but they are depicted as ordinary people who are not ashamed by their bodies.

Talking about performing fat, we wondered if it is so easy to transpose Butler’s theory of performativity onto fat studies. For one thing, while gender is a performance that creates one’s identity, a fat person cannot take off their fat like pants or skirts. A man can pass as a woman, and a woman can pass as a man, but a fat person can never pass as a thin person (unless they are in cyberspace, and that’s why we were disappointed about the article on internet and fat).

We also talked about the intersections of fat with race, with social class, with Asian culture (“You look healthy,” “You look prosperous,” and also fat can be considered beautiful in some Asian cultures), with consumerism, and with disabilities.

But perhaps most importantly, we celebrated Vicky’s birthday. Happy birthday!

By the way, if you’re counting, we noticed that, for the first time, there is finally some gender equality in the book club! 5 men, 6 women, and 2 genderqueer. Yay!

A collaboration between the Bear Project and Queer book club.

We discussed the premises the thesis is based on, mainly, leathermen, faeries, and bears embody reactions to (a) the hegemonic masculinity, and (b) the historical burden of feminisation of gay people. We found that the author thinks in dichotomies, masculinity VS femininity, and not in degrees, which is frustrating and may undermine Hennon’s argument.

At a point, we tested Hennon’s hypothesis against Singapore’s bear community. Gary and Thomas shared with us their valuable insights.

We also talked about bears in relation to race, femininity, inclusivity, performativity, Westernisation, class, HIV. We also found the ursine nuzzling of a group of bears puzzling. In the end, we discussed the normalization and homonationalism of bears.

The best part about this book was how real it was. The worst part about this book was how real it was. Unanimously, both attendees of October’s book club meeting (Raj and Veronika – yes I totally procrastinated writing this because in true Veronika fashion I turned up without finishing the book) agreed that the raw, unfiltered writing was what enthralled and revolted both of us. I was hooked from the very first paragraph-long sentence, from the very first string of Brooklyn vulgarities, from the unabashed pervasive violence and from the flagrant defiance of conventional punctuation, sentence separation and spelling rules by Hubert Selby Jr. His immersive writing meant that we felt very much a part of this obscene world.

The fact that it was banned by British courts in 1967 made me excited to read it, though after reading a couple of explicitly violent scenes that honestly caused bile to rise in my throat, I can see how discretion is advised for sensitive readers.

Raj and I, being the only two who turned up, spoke at leisure about many aspects of the book. Raj has been to Brooklyn, and was able to say that the book was ‘very Brooklyn’ with authority.

We talked about the absence of religion in the book.

We talked about how what little love was depicted in the book was sadistic, sick and nauseating to read of.

We talked about how territorial the Brooklyn in the book was and how brassy the sex scenes were. We lingered on the idea of masculinity and how regardless of whether the characters were straight, gay, transgender or drag, they made a show of their masculine base, be it their brawns or their brains – the drag queens constantly needed to spar with their words or outshine with their wit.

We talked about the lack of any strong female characters, how the female characters resonated throughout as resourceful women who took on the childbearing roles, provided for the family (when the men mostly didn’t), who stuck to ‘their’ men through thick and thin (even when abused) and who generally had no self-respect as they conflated their domestic roles with martyrship.

Oh boy did we talk about Tralala. Raj pointed out how she was the only empowered woman in the book, and how even so, she seemed to be more of a ‘man trapped in a woman’s body’. We talked about how the men get bashed but never raped, and we talked about how irresistibly grotesque her insatiable sexuality was to read, and there was a tone of awe, maybe even respect with which we talked about how little she cared as she died.

We talked about how only tough queers were shown. Weak fragile queers were not shown, only weak women. Yet we didn’t raise the idea that Selby Jr. was a misogynist, just an accurate writer portraying an uncomfortably real world.

We also spoke at length about Harry. I initially hated him, but as Raj spoke about how, dislikable as Harry may be, he was an important to the union precisely because he was a convenient target of dislike by the corporate people, I started to, well, not like, but at least not thoroughly hate his character.

And of course, we enjoyed Raj’s Brooklyn-themed spread, with the beer cocktail, meatballs, sausages and cheese melts. Unfortunately, not a single bennie was in sight.