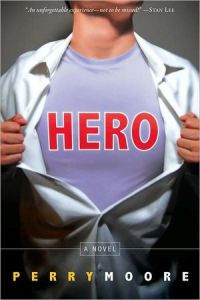 It’s half-and-half vote for the book. Timmy, Alex, Alexius, Raj liked it because of the idealism although Timmy admitted the novel isn’t original. Jason was on the fence. David, Nicole and Aaron didn’t like it. Javin and Leo lent their moral support.

a. Daddy Issues: Alex pointed out that Thom gives Hal, his father, new hands–a metaphor which we didn’t explore. David pointed out that there is certainly some sexual tension between Thom and Hal. For instance, Thom jerks off to Uberman who is, Thom informs the reader, a superhero of his father’s age, quite like his father. The metaphor of wearing his father suit is wanting to be IN his father, although as Timmy pointed out, Thom is a bottom. What Thom does is to substitute one father figure for another: from his father to Uberman to Goran, who is a father figure, teaching Thom boxing, training him, and taking care of his younger brother. Obviously, the father issue isn’t resolved yet.

b. Mummy Issues: We were surprised about the relatively unimportant role of Thom’s mother in his life since gay novels usually revolve weak father/strong mother stereotypes. Jason noted how appalling it is to kill off the mother in a single sentence.

c. Gender: Continuing on how cruel the author is to the Mom, Nicole, Raj, Timmy et al pointed out that there are no strong woman figures in the story. In fact, the powers of the women are stereotypical of female superheroes. (This being said, Alexius observed that Thom’s power is feminine and passive. Timmy said, It’s because Thom is a bottom.) Even motherhood is portrayed negatively, with Mom instructing Thom to retrieve the ring, slicing his body up. What sort of mother would do that? While some of us thought that the book was sexist, others disagreed. Some say that perhaps this is a book written in a male prospective, for boys, gay boys.

d. Race: Aaron thought that the book is racist in the portrayal of Goran, as if every non-White has to excel in sports, studies and do volunteer work. Furthermore, Goran is metaphorically silenced since he never speaks in his superhero guise. To recognize Goran, Goran has to place Thom’s hands, one covering the forehead, and one the lower half of the face, leaving only the eyes, effectively effacing Goran’s identity. Alexius thought the gesture is romantic, and shouldn’t be misconstrued.

e. Love: Aaron hated the idea that teenagers are made to believe in a fairy tale ending when they should be taught to be realistic and taught that it takes hard work to maintain a relationship. For example, why should Invisible Lass be demonized just because she falls in love with the wrong man? Timmy argued that perhaps Invisible Lass’s sudden and unsentimental death comes from a punishment of not manning up to her mistake. Besides, most members in the group like a happy ending.

f. Media/glamour: Nicole and Jason mentioned the fast pace, action-packedness of the novel; both can envision the novel as a movie. The pace and action are definitely related to Hollywood. For example, in the scene whereby Thom is held captive in the pantry, there are product placement everywhere. Or the superheros themselves are movie-stars, glorifying muscles, and all want to be A-listers. This world, Aaron felt, was contemptible. Jason believed that perhaps the novel is trying to show that superheroes are as superficial and human and liable to err as humans.

g. Ageism: The older generation has to be screwed-up and died to pave the way for a new generation, full of hope.

h. Sexuality: Why do every character know that Thom is gay? Some of us believed that it is just taunting Thom, but, Aaron pointed out, Gary Coleman does it in such a matter-of-factly way that it isn’t a jibe but an observation. David said people just know because there is a difference in thinking between gay and straight people. Some of us questioned if this is really true since gay people can pass very well, a basic skill for survival. But if Perry Moore is suggesting there is indeed a difference between gay and straight people, then, as Nicole claims, isn’t it detrimental to gay people, i.e., gay people are outcasts and weird?

2. Characters: Timmy and Raj liked Ruth because she’s a layered character and has spunk and is accepting of others.

Alex liked Larry because he’s vulnerable and finds it hard to get close to people. Timmy said that Larry is ernest.

Alexius liked Golden Boy because of his immaturity.

David liked Goran because of his painful and dark past.

Jason persuaded Aaron that Justice is the most complex character who struggles between the good and bad within him; Justice wants to go back to the planet that isn’t even there but by doing so, by using Earth’s energy and destroying the planet, there will not be Earth for him to return to. Jason contemplated on the agony of such trauma.

3. We all concluded that it’s a fast-paced book, easy to read, and we shouldn’t put much thought while reading it because we would end up indignant like Aaron who thought the book is racist, sexist, and ageist. Old curmudgeon fart, he is.