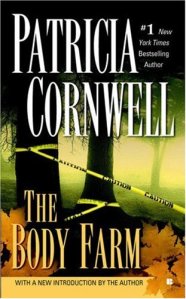 What did we dislike about the book? Everything about it.

Javin found the entire book “distracting” – from its style, to the proses and the subplots. The excessive subplots and red herrings also irked Timmy. Jiaqi thought the ending was too rushed and suggested that the book would have been more interesting if it talked of the motivation for the murder. Aaron deemed the book homophobic.

Jiaqi felt that homosexuality and homosexuals were not dealt deeply with in the book, though he praised its fairly realistic portrayal. Javin found it erratic and the homosexuals were not painted in the most positive light. Aaron added on that no characters in the book were comfortable with homosexuals. Glenn opined that this may be a depiction of the author through the niece.

Conclusively, Jiaqi commented that the book was not written to portray understanding of the LGBT community.

Women were also not favourably portrayed; Aaron questioned whether this was done intentionally or otherwise. Jiaqi noted that there were zero positive relationships between women. Aaron found the relationship between Kay and Lucy to be “encouraging”, though later intuited the two as Cornwell’s personas (the Republican and the lesbian).

We briefly discussed the bathroom scene which included Chanel, which Alexius deemed as a “brand endorser.” Jiaqi found it to be a sympathetic scene, whereas Aaron quipped that even though Kay solves crimes, she still has to remain feminine and an elitist, i.e. maintain that “class factor.”

The topic of food was also touched on; according to Aaron, it appeared a lot throughout the book. “Why so specific?” he asked. Alexius joked that Cornwell was trying to be the next Martha Stewart. Javin viewed it as another way of conveying the “atas-ness” of the book and its lead character/s.

Aaron brought up the quote (“It seems this is all about people loving people who don’t love them back”), which he found poignant and stuck a chord with him. Both Glenn and him perceived it as describing of unrequited love.

Timmy questioned the inclusion of Psalm 107 (“They that go down to the sea in ships, that do business in great waters; these see the works of the Lord, and his wonders in the deep”) and its significance. Everyone agreed that it is about looking beyond the surface.

Glenn picked Lucy the niece as his favourite character as she seemed the most realistic out of everyone. Kay was Jiaqi and Timmy’s favourite for being a nice, complex human and a strong female. Both Javin and Aaron had no favourites, though the latter shared his favourite quote (as previously mentioned).

Overall, we enjoyed the book: it had a nice story for its time (Javin); it was an entertaining page turner with a strong female lead, which was rare (Jiaqi); and it had good pacing, with something coming up at every chapter (Chason). Despite its “backwards”, conservative mindset, Aaron found it likable. Timmy quipped that the book felt like an episode of CSI – “the Las Vegas version, not the Miami one.”

The only opposing view was from Alexius, who had DNR stamped all over the book and thus, paid more attention to his phone and apps rather than to the discussion.