The biggest complain we had about the book was the way it was written: Dominic felt it was unlike the “Japanese style of writing”, comparing Mishima to Murakami. Raj thought the book was draggy, describing “mundane things in mundane ways.” Alexius did not like the ending and was left disappointed by the book. Timmy found it uninteresting as a whole.

For this discussion, we forewent our usual style and went through the book chapter by chapter.

Chapter One – which we deemed “Resurrection” because of an experience the narrator went through when he was four.

Believability
We started doubting the narrator’s credibility from the start of the book. Timmy thought it was all “fluff and bluff,” while Dominic opined that the book seemed like a semi-autobiography of the writer… a romanticized version of himself as the narrator.

Childhood
Timmy was amazed by how well-read the narrator was, even questioning his accessibility to such literature at that age. Raj added on his penchant for changing the (fairy) tales that he read, which added (and accentuated) his morbid nature from that age onwards.

Donning the mask
According to Timmy, the turning point was when he started playing dress-up as Tenkatsu. This went on as he started being masculine in front of his cousins.

Joan of Arc
Raj noted the narrator’s disgust of Joan after finding out that the martyr was a she, declaring that incident as the “first disappointment of his life.” (Joan of Arc was Raj’s favourite of the book)

Chapter Two – “Boys with Toys,” because:

“The Toy”
The matter of the narrator referring his penis as “the toy” was brought up. Timmy quipped that the narrator thought his penis had a mind of its own; Raj observed that he was very detached to his member despite being an adolescent in this chapter. Alexius offered that perhaps he was ashamed of his homosexuality.

Omi
Was he gay? Raj and Timmy said no, while Alexius said yes. (Both Alexius and Timmy picked Omi as their favourites.)

Delusions of grandeur, S&M, and armpits were also discussed during this chapter. Overall, we felt that this chapter did not make a lot of sense – just like an adolescent’s mind, according to Timmy – and contained “too much fantasizing,” according to Raj.

Chapter Three – for which we termed “Regressed Suppression” as the narrator did not face any pressures from external forces, only internal conflicts.

Raj found this chapter “bizarre,” which probably had to do with the myriad sub-topics we touched on but barely managed to delve deeper into:

Chapter Four – “The Beginning of the End”

A continuation from the previous chapter, where the narrator was labelled “the last virgin alive” by Raj and his desperation to have sex (“everybody’s doing [and done] it, so I should too.” – Timmy) despite ending up not doing it. We didn’t get the chance to discuss more about Sonoko and their relationship.

“So when did the mask come off?” asked Raj.
“It didn’t,” Timmy replied. 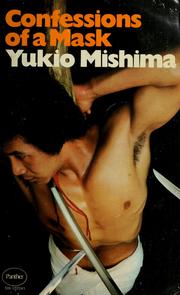 And that concluded our discussion, followed by an apology from Alexius who regretted recommending the book as well as did not find it as appealing upon second reading.

Poor Raj! He set such a beautiful table, and no one came for the book club. Aaron had emailed Raj a list of questions beforehand to moderate the discussion, but since no one came, Raj decided to answer them.

Ichi-go ichi-e is linked with Zen Buddhism and concepts of transience, particularly depicted during the tea ceremony conducted in the style of famed tea master Sen no Rikyu where unique scrolls, tea bowls and flowers are set up in the tea room. In the context of tea ceremony, ichi-go ichi-e reminds participants that each tea meeting is unique. This is also true that there is has been no repetition of the set up for the varios tea ceremonies in the book. In each of the tea ceremony, the host and guest had one unique experience that lead to friendship or disaster

Mary vs Goddess of Mercy.

The status of fallen women is the same – Aurelia’s mom and Kenji’s girlfriend Aki – outcast.

She prayed for her life to change and she rather not have the uncle with her – shown by her praying to change her life before the goddess and also her uncle only showed up in nightmares later in her life as Urako. Also, she never bothered to find if her uncle survived the fire at all.

I believe that she doesn’t know her father’s name and that name “Bernard” was given by her uncle. Hints that her mom could have been raped by a priest was suggested by both Aurelia and her mom when she said, “Aurelia Bernard. Who is this Bernard, tell me? The Church hates truth, and the nuns hate it most of all.”

She wanted someone who desire Yukako to desire her as well. Also she believes Yukako desires Nao instead of her and she wants to punish her.

Symbolism and subtle messages are very much a cultured Japanese behaviour – the book is full of hidden messages just like Urako’s closeted sexuality – classic example of her dress handing in the alcove.

Yukako’s marketing of the tea sets made them more of a commercial item rather than “ichigo ichie”- “one moment, one meeting”.

Yukako’s way of atoning for her mistake – she will never be able to host another tea ceremony in Baishian again – again on the theme of Ichigo Ichie.

You need fire and water to make tea – its sweet irony. Also Aurelia had a fire after a long journey over sea into Japan and after another fire she sails away from Japan.

Yukako did it for other reasons rather than the fact that she is a half sister. Yukako , according to the book, has been key reason for women to learn tea. She also introduced this to the Geisha world through Koito. But whether she has a right – it all depends on who’s perspective you want to look from.

Yukako’s acceptance of the western influence into their lives. Also Urako is her first student.

Author wants to show the historic importance of Singapore as a port as well of the fact that Japan owned Singapore at one time.

Fantasy – Fetish – every man wants a virtuous wife who is a whore in bed!

There is a lot of brotherly love and jealousy by Nao to Hiro and Akio. Hierarchy in the teahouse is one the reason for this and class status.

Didn’t help when he married an untouchable gal !!

Different sort of love – Yukako is a sort of motherly-sisterly love – whereas Inko was more of her equal. Inko loves Urako more that Urako loves her while Urako love Yukako more than Yukako love her.

Really? Why??? There is too many female characters in this book!!!!

There was no real great male characters , but at the same time there is no real male bashing. There are more mean gals depicted in this book than lame men. This book centres on women rather than men.

Terri came by to say hi while Henry was coerced into sitting in with us. We all wondered, how in the world did the book win an award? The complaints are: no depth in plot and character; simplistic language; fetishizes Vietnamese culture (Nick’s point).

1. Love VS Lust: Nick believed that Hiro-Konno relationship is lustful while Hiro-Yun, love. Such a separation of love/lust is relatable to Nick. However, for Alex, love/lust come hand-in-hand: the fact that Hiro is troubled over breaking up with Konno means she loves him to a certain extent.

2. Time: Nick brought up the unspecific time period irked him.

3. Fluidity of sexuality in women.

4. Racism: Timmy talked about the contradiction of Hiro/Mochizuki’s confusion, how she escapes from Japan to other countries because she dislikes Japan, yet at the same time, her racial pride makes her put Vietnamese down as stupid, naive children.

5. Homophobia: p. 38 and p. 41 describe Vietnamese men as effeminate, which, to Hiro, means they seem gay. Hiro has a stereotype of connecting gay men with femininity. “Real” men, to Hiro, have to be super duper masculine.

Alex pointed that Hiro’s sex/gender notion is very wrapped and homophobic as Hiro needs a penis to remind her that she is a woman: another classic case of lesbianophobia, that women need to be fucked now and then and there cannot be a pure lesbian.

6. Mother-Daughter relationship/family: Nick suggested that Hiro’s relationship with her mother is reminiscent of many gay men’s relationships with their mother. “Is it because of a lack of father figure that Hiro gravitates towards masculine figures?” Nick pondered.

Alex cautioned that if we think that way, we are falling into the trap of Mochizuki’s sexist mind, of essentializing what is masculine and feminine.

Alex also pointed out how Hiro has slept with her mother’s ex-boyfriend as a form of juvenile rebellion.

Yamada and her husband’s dynamics are interesting but we were too lackluster to talk about them.

The only happy family seems to be the Vietnamese one but even Yun’s family isn’t very happy, with disputes over money. All Vietnamese are described as money-grubbing in the novel, obviously criticizing the country.

1.  Konno: We were all in love with the tall, broad-shouldered Konno except for Nick. Alex loves Konno for being able to “make a vagina quiver long after its absence” as described in the novel.

2. Yun: Another contradiction occurs here: sometimes Hiro claims that Yun and she are soulmates, yet at other times, Hiro thinks Yun is child-like and beyond comprehension, which goes back to the point on racism, of never knowing the racial Other.

Timmy hates Yun for being so needy.

Yun’s returning to men is reasoned that she thinks there is no future in a lesbian relationship. (homophobia)

3. Hiro: Alex hated her that she cannot reflect on her emotions and actions.

By the end of the discussion, we felt dirty and horrible. Timmy expressed our feelings best: “After reading the book, I feel hollow inside.” Alex said, “If I knew her email address, I’d write her a hate mail.” Writing this discussion notes incenses Aaron. What a horrible, homophobic, racist, sexist book. How did such a repulsive book ever go to print in the first place? Aaron feels like vomiting now.