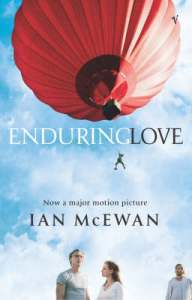 This is the first time that Aaron had to miss out on a book discussion so naturally, all hell broke loose. Timmy and Raj moderated the event; new faces – David, Paul, James, Kenneth – turned up along with regulars Javin, Alexius and Ernest. Special thanks to Nicholas and Luke for swinging by and lending their support.

Aside from Ernest, who enjoyed the book and likened it to broad strokes of a brush, the rest of us were in agreement that it was boring. Kenneth, on the other hand, was on the fence, finding the book appealing while, at the same time, long-winded.

Only David genuinely liked McEwan’s writing style; everyone else agreed that the book was a slow-burner. Paul thought that the author focused too much on the plot and was trying too hard to impress (“trite, functional, predictable”) and summed up that McEwan “is not a magical storyteller.” Alexius found it too wordy mainly due to paragraphing. Kenneth thought that the prose can be too over exaggerated at times.

Alexius insisted that the entire opening scene was ripped off from a newspaper article and a case study combined. Raj opined that it played a big part and was integral to the book, with Kenneth agreeing to it even though he did find the pace draggy and the entire incident unbelievable. Javin found it clunky and random. David found it too long-winded, though it set the tone of the book as it was shocking and tragic.

Kenneth thought the balloon as not a mode of transportation, instead associating it metaphorically with life = things that cannot be controlled (i.e. fate, reaction of others, attraction of others); Paul countered that the whole scene did not place a lot on symbolism but rather, a weak insinuation. David commented that the balloon served only to create a “senseless death”. Paul, however, disagreed and said that the man falling off the balloon made a great impact.

Alexius noted the sharp contrast between Parry (neutral/religion) and Joe (Science). Ernest observed that Joe’s scientific thinking delineates the psyche between him and Clarissa and described Joe as a rational person: “(Joe) is interacting with the problem.” Nicholas suggested the usage of science merely as a medium for character development.

David pointed out that Chapter 11 reminded him of St. Therese. Kenneth brought up the Homosexuality vs. God debate. “Why can’t there be a seamless transition between love and God?” Nicholas asked.

“Is Parry gay?” Raj asked. Alexius commented that he couldn’t be both, which Ernest disagreed. Javin said that Parry is a conflicted character (“Religious person first, gay second”), while David asked if it even mattered. James didn’t think there was a clear answer. “Some people just don’t want to have sex with the ones they are in love with,” he claimed. Alexius noted there aren’t any sexual elements going on for Parry, so therefore he is not gay. “Parry’s main aim is to convert Joe,” he said. David added on to Alexius’ point by saying that Parry sees Joe as a mission to convert.

Raj also asked if Parry is in fact gay, is it an accurate portrayal, but no conclusions were made.

Plenty of references to the appendix were made (“Homoerotic obsession with religious overtures.” – Raj). Nicholas mentioned that Parry’s behaviour is parallel to Audrey Tautou’s character in A la folie… pas du tout, suggesting that the whole Joe falling in love with him thing may have been entirely made up in his mind.

Javin questioned Parry’s attraction to Joe, citing the incident, religion and being gay as the possible catalyst(s). Alexius presumed it could have been due to his family background and thus, he treated Joe as the father he never had. Kenneth agreed on Alexius’ point and described Parry’s love for Joe as both incestuous and obsessive.

Everyone agreed that the females in the book were not positively portrayed. In Raj’s words – “there aren’t any “trusting women” characters.” Paul and Timmy both believed that the women were just used as literary devices, to cast doubts on the integrity and trials of men, which is an ongoing theme in McEwan’s works (Atonement, On Chesil Beach). Paul went on to say that eventually, the men in the book are redeemed while the women get stoned.

David got frustrated talking about Joe, believing that the character constantly wanted everything to mean something. James saw him as pedantic, due to his scientific beliefs. Alexius thought of him as a schizophrenic, which our Doctor Ernest agreed upon. Javin wished that Joe could “take a chill pill” and just feel flattered about the whole Parry-falling-for-him process, instead of overreacting. Raj questioned whether he would react differently if it had a been a female.

Kenneth was freaked out by him and David found him “yucky”. Javin highlighted that Parry’s characterization was akin to the “stereotypical portrayal of religious nuts”. On the other hand, Paul liked him because of the “most awesome letters” that he wrote, which Raj completely agreed with. Alexius also liked him because of his persistence and voyeuristic nature, which was not sexual at all in his opinion. Nicholas found Parry fascinating.

Javin disliked the character, calling her annoying and a typical portrayal of a female who didn’t believe her partner was being harassed. Raj found her mediocre, although he applauded her for knowing what she wants and is a decisive force throughout the book. Kenneth saw her as a negative stereotype of an emotional woman. Ernest, however, disagreed and cited the instances whereby her colleague aired her grievances onto Clarissa as well as her having to listen to Joe’s rants, stating that these made her out to be a supportive and nurturing person. Alexius described her as motherly due to her love of children. David said the book got faster whenever Clarissa appeared.

James cited her as his favourite character, feeling sorry for her and felt that she wasn’t properly fleshed out. Ernest, meanwhile, despised her and described her as “Miss Havisham, keeping the packet of rotting stuff.” Overall, he just found her mean.

By the end of the discussion, everyone resolutely agreed that the book sucked, apart from Ernest, who still stood by his decision, as well David and Kenneth, who will continue to finish the book. Alexius succinctly summed up that the book is hard to read and not MRT-friendly.