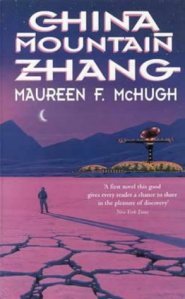 This is one of the rare times that we decided to do a (gay) science fiction book. Everyone had something to pick on with the book – from its setting (Javin found it “unnecessary” and depressing, Dominic thought it was a dauntingly boring disturbia, Jiaqi didn’t think there was enough “sci-fi” and advanced technology to classify it as futuristic) to the writing style (Raj didn’t find it appealing, Timmy thought it was too static and sterile) and even to how prehistoric some concepts were (Aaron scoffed at the idea of cruising despite being set in the future).

THEMES
1. Structure: Jiaqi liked the diversity in showcasing the varied characters, which Javin disagreed with as he could not invest in them as much. Raj hated having to connect all the dots, which Aaron added made the book all the more messy and chaotic. Hisham felt that it could have been done better.

2. Homosexuality: Everyone agreed that homosexuals were stereotypically portrayed here, from the rich ang mohs to the Chinese gays with the inability to say no to everything. The happy ending that Zhang received drew ire from Aaron and Javin, who felt like it was forced, though Raj and Jiaqi thought otherwise, even if it was clichéd.

3. Women: Portrayed negatively except for the Korean woman (Jiaqi), and the doctor, who came across as domineering (Hisham).

4. Racism: Raj quipped that despite being set in the future, the only thing that was progressive was the food. Aaron pointed out that the Chinese characters suffered terrible fates, eliciting a rather long racism rant.

5. Relationships: The gay relationships featured came across as passive (Dominic) and devoid of love (Javin), to which Jiaqi vehemently opposed, commenting that it was filled with affection. Timmy noted that the heterosexual relationships showed the most growth throughout the book.

Dysfunctional, queer (Aaron) and atypical (Raj) were used to describe the familial relationships, though Jiaqi thought the families featured were portrayed normally.

1. Jiaqi didn’t think Angel was a fully developed character, and whose only sole purpose in the book was to be the information superhighway to Cinnabar, according to Dominic. Aaron saw her as a fag hag, to which Javin quipped that her being a fag hag gave her the opportunity to win races.

2. Everyone agreed that Peter was the most well-adjusted out of all: partly because he came off as relaxed and was able to come to terms with himself (Javin), and mainly because he was ang moh and didn’t worry about others’ opinions (Raj). Jiaqi deduced that Peter had it easier than Zhang. Peter is Javin’s favourite character.

3. Aaron thought that as a character, Cinnibar was not properly fleshed out.

4. Raj viewed Matador as another typical young gay boy who didn’t give a hoot about the world, to which Aaron concluded that he was another whiny bottom who just wanted to be taken care of.

5. Based on our observations, Hai Bao was set up as Zhang’s (life?) mentor. His suicide served as a milestone in Zhang’s life, causing him to “wake up” from his “catatonic” state.

6. We looked at Martine as a repressed being who had difficulty expressing her emotions. Timmy envisioned her to be like the ultimate on-screen ice queen, Tilda Swinton.

7. Aaron selected Zhang as his favourite character; citing his determination that gave everyone hope. Jiaqi liked that he was funny, relatable and sympathetic.

The question as to whether he was a depressed individual elicited two responses – Jiaqi, Dominic and Timmy didn’t think that he was ever in that state in the first place, while Raj and Aaron believed that he was.

We also questioned his decision/motive of revealing his sexual orientation to San Xiang at the end, and wrote it off as him finally accepting and being comfortable with himself.

In rounding up the discussion, everyone generally had nice things to say about the book – that it was interesting (Dominic), an “MRT-friendly” read (Raj), likeable and memorable characters (Jiaqi) and being enjoyable overall (Timmy). Aaron appreciated the literary values the book brought across, and being one of the only few books that saw the gay man eventually getting his happy ending (pun not intended). Hisham profoundly expressed that the book made our #firstworldproblems seem minute in comparison. Javin succinctly summed it up best: “It’s a gay book.”